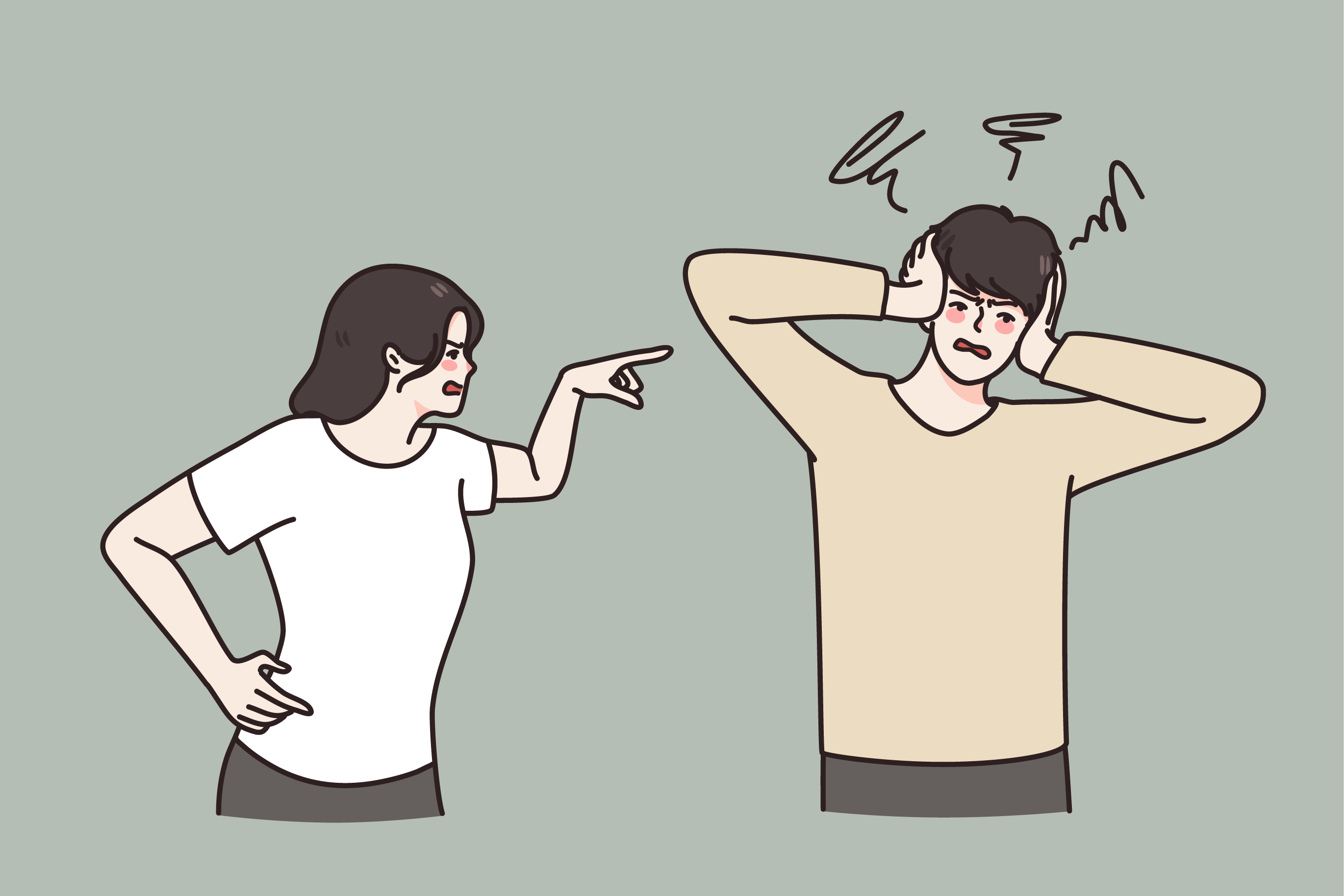 We understand many parents have concerns about their child's gaming habits and have created this Parent's Guide to Gaming to help. Video games have created an ongoing polarity in regard to their place and purpose in society. Whilst some agree with the somewhat negative narratives that have been reinforced by the news and mainstream media over the last few decades; others show an appreciation for what gaming can offer oneself and the ever-changing world we live in.

The stigma surrounding gamers is still rife to this day; however the virtual playing field is starting to level, and even fall toward the favour of the video game advocates in recent years. As of 2021, the total number of gamers across the globe now sits at 3.24 billion (Region, 2021).

Regardless of predisposition, video gaming has firmly cemented itself into society, particularly in the lives of children and adolescents. However, you may be finding yourself bewildered and perplexed by the incentive behind gaming, the dynamic and structure of video games themselves, and even some of the references and terminology your children may be using.

So, here’s a guide on everything you need to know about video gaming, with an emphasis on understanding the world of gaming as a whole, and how you can facilitate positive communication with your children about their favourite hobby.

Video games have transcended beyond the likes of Pong and Pacman in many different ways. For one, there are millions of games available to play on a variety of platforms, to put it simply, there is literally something for everyone. If you want to be a soldier fighting your way out of enemy territory, you can. If you want to drive big rig trucks across Europe, you can. If you want to perform heart surgery or terrorise a neighbourhood as a goat, guess what? You can!

Putting aside the infinite opportunities the modern gaming world provides. Here are the fundamental things you need to know about the video games of today.

There are many game types, but here are some of the most popular.

Again, there are many, so here are the highlights.

The game types and genres above are interchangeable and intertwining. For example, Fortnite would be considered a F2P TPS Battle Royale. Fifa is a PvP sports game, and so-on. Understanding the parameters of your child’s favourite game will give you an outline of how the game functions and what experiences they will have when playing.

You’ve probably heard your child shout down the stairs “I can’t pause it, it’s online!” at one point or another. This is an accurate statement, even if it’s not the response you want to hear after preparing dinner for them or needing their assistance with something. Nevertheless, online gaming is becoming the dominant norm, and considering that a single match in some games can last up to an hour, the reluctance to quit after investing that much time and energy could be considered justifiable.

An easy way to prevent situations like this from occurring is to ask your child how long an average game is. For example, if you know that your child’s Fifa match usually lasts between 10-15 minutes; you can tell him not to start another game if you need his attention within that time frame.

Online gaming is a great way for your child to socialise with real-life friends, and even make new ones. For example, if you reside in the UK, it is likely that your child will be playing games on European servers, meaning they’ll be playing with people from all over Europe. This provides some very positive opportunities, such as forming new friendships, learning about other cultures, and communication across different languages.

However, you should show an interest in who your child is regularly playing and interacting with, and teach them about using the internet safely through gaming, internet surfing and social media. 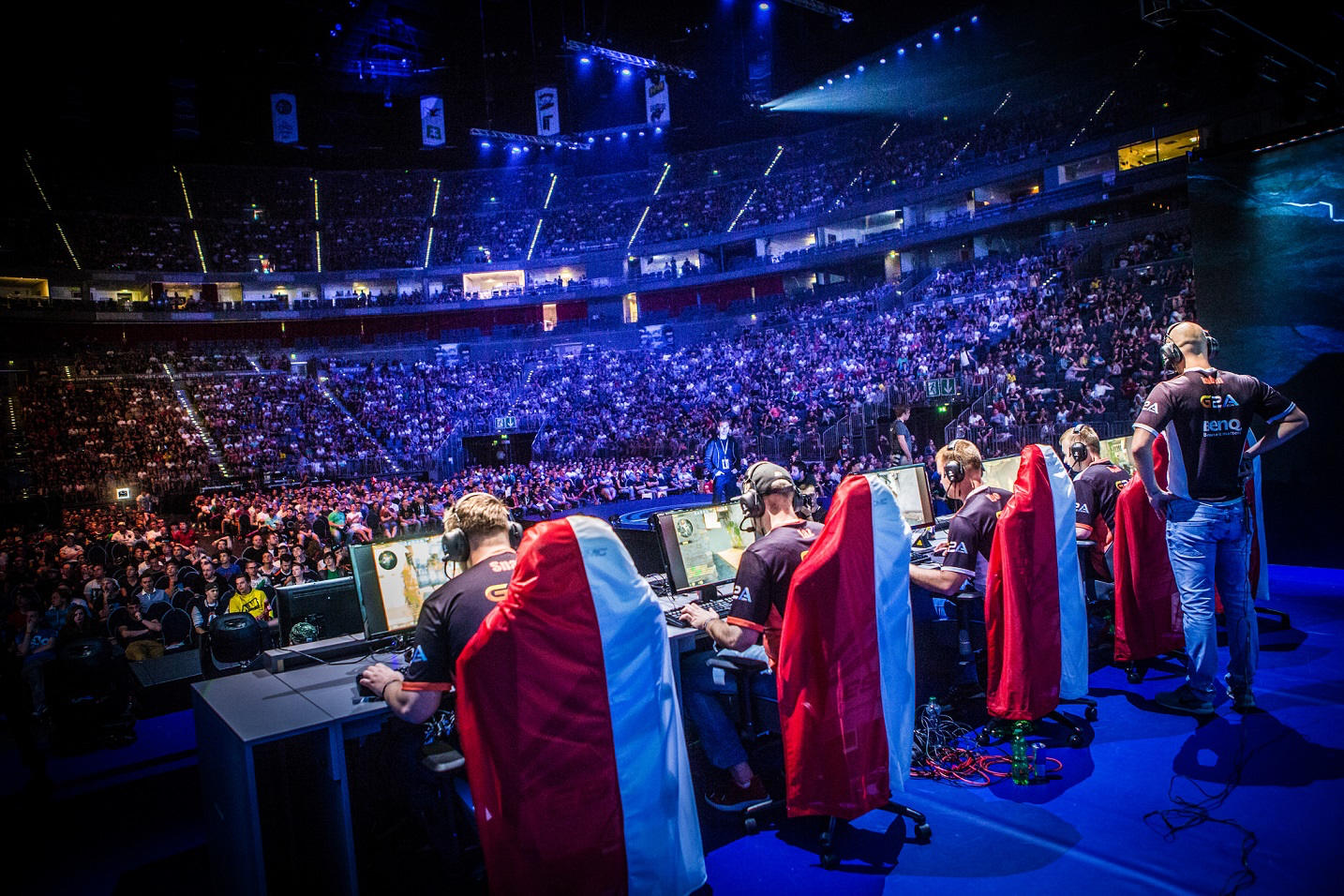 With any activity of a competitive nature, an elite and professional dimension will always emerge, video games are no exception. Esports has been around since the late 90s, and with the help of rapidly progressing technology and internet speeds, electronic sports is progressively becoming part of the mainstream. This notion was evident when an esports world championship was held in 2019, the online and in-person viewership reached over 100 million, that’s more than the Superbowl (which is considered the most viewed sporting event in the world).

Individuals or teams compete against each other in leagues and tournaments for trophies, prize money and recognition of skill. It is exactly like conventional team sports, they have logos, sponsorship deals, players are given salaries, and compete all over the world, as well as online.

While there’s an ongoing argument of whether esports should be considered an ‘actual’ sport, It doesn’t take away the popularity, excitement and appreciation of seeing the best players in the world excelling at an activity you enjoy. If your child has a predisposition for online competitive gaming, it is highly likely that they tunes into esports live streams (similar to televised sport events). They may also follow a particular team or certain players. Asking your child about esports is an excellent way to further understand the game(s) they enjoy playing, and presents an opportunity to bond through the tribal nature of supporting a team.

The benefits of gaming

Gaming provides many benefits for mental wellbeing. The most predominant aspect being escapism. The term escapism usually bears negative connotations, however, positive escapism is a common coping strategy used by almost everyone in various forms. For example, watching TV, a film or listening to music are all tools used to escape the confines of reality temporarily. Video games are no different, vicariously living through a protagonist, or working with friends toward a common goal promotes a healthy way to take a break from real life.

Playing games also provides a sense of purpose and achievement. Both offline and online games have gamification elements that adequately challenge players to overcome adversities and reach goals or milestones. For example, a majority of games have achievements or trophies. These are awarded to players for completing levels and performing actions within the game. Online games also have global leaderboards, objective skill ranks and integrated awards such as ‘most valuable player’ (MVP).

In short, video games consist of both intrinsic and extrinsic motivators, while facilitating positive behaviours such as perseverance, patience, teamwork and problem solving. These attributes are highly transferable into the real world, and can be applied to environments such as academia and the workplace. 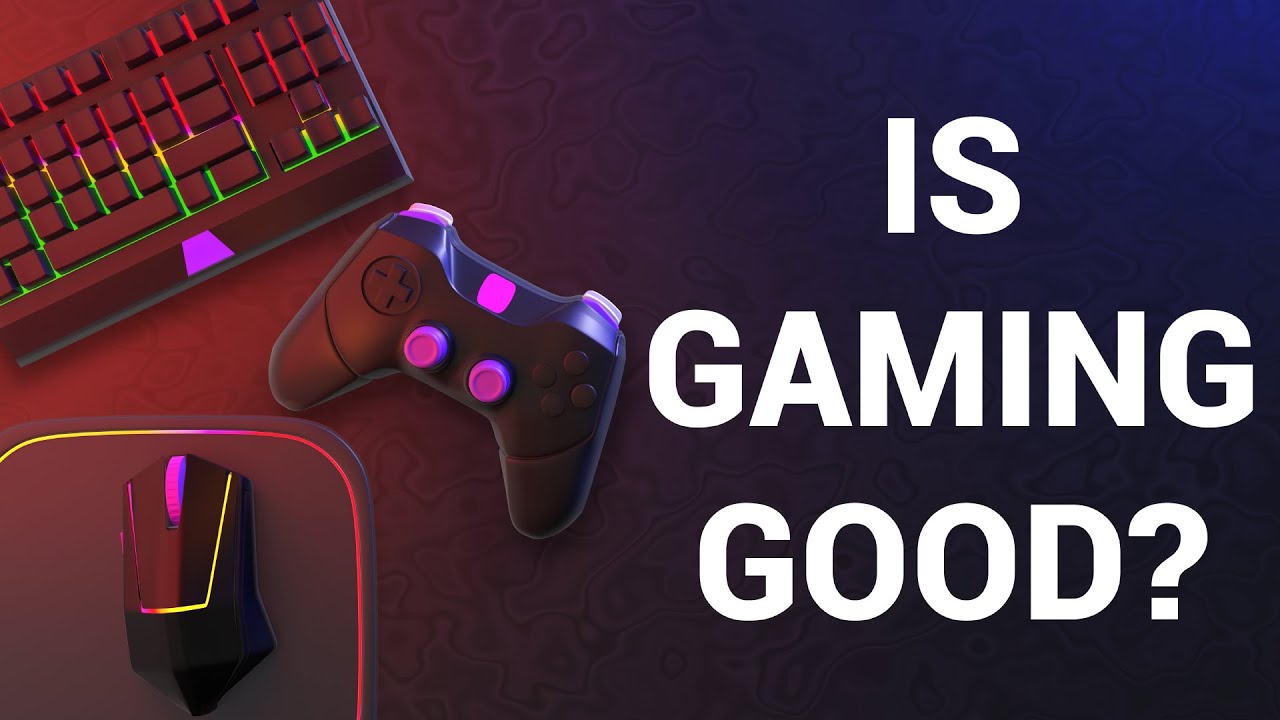 In light of recent years, social connection has become more important than ever before. Video games are arguably the best platform for socialising and maintaining relationships. Communication is a constant when gaming online, most games have an integrated chat system (both text and voice), and software such as Discord, Skype and Teamspeak are also widely used by the gaming community to talk and collaborate with friends.

Playing games with friends creates an almost perfect environment for different capacities of conversation. The activity of gaming immediately takes the pressure off, in a conventional chat, there’s a perceived requirement of maintaining a constant flow of conversation. The game itself provides a catalyst and commonality between yourself and your friends. You can chat about the game, provide informational support to teammates in order to achieve a common goal. While searching for a match or loading into a game, the conversation can become more personal, asking each other about how their day is going, what they’ve been doing recently, or following up on something mentioned previously.

The interconnection of online gaming also promotes opportunities to meet new people from across the world. The enjoyment of playing a particular game, or gaming in general, creates an immediate affinity between yourself and the people that you’ve been matched with. Players you’ve shared a game with online can evolve into full-blown friendships. Research has suggested that the social support given and received by teammates on the virtual field can over time result in social support off the field.

In the long-term, playing games is an excellent way for your child to stay in touch with friends. Life events such as work, further education and logistics can sometimes sever the social connections formed in childhood. A shared passion for playing games and the connectivity of the modern world creates the perfect opportunity to maintain friendships and form new ones along the way.

The negatives of gaming

It would be biassed just to mention the positives, and not address some of the reports and stories that have been pushed by the mainstream media for decades. Like any piece of technology, it can be used appropriately, or misused extensively. So here are some negative aspects of video games that are present in today’s society, and some that are complete misconceptions.

Talking to your child about gaming

By now you should feel more confident in your video game knowledge and understanding of the gaming world. The next step is to start a conversation with your child: 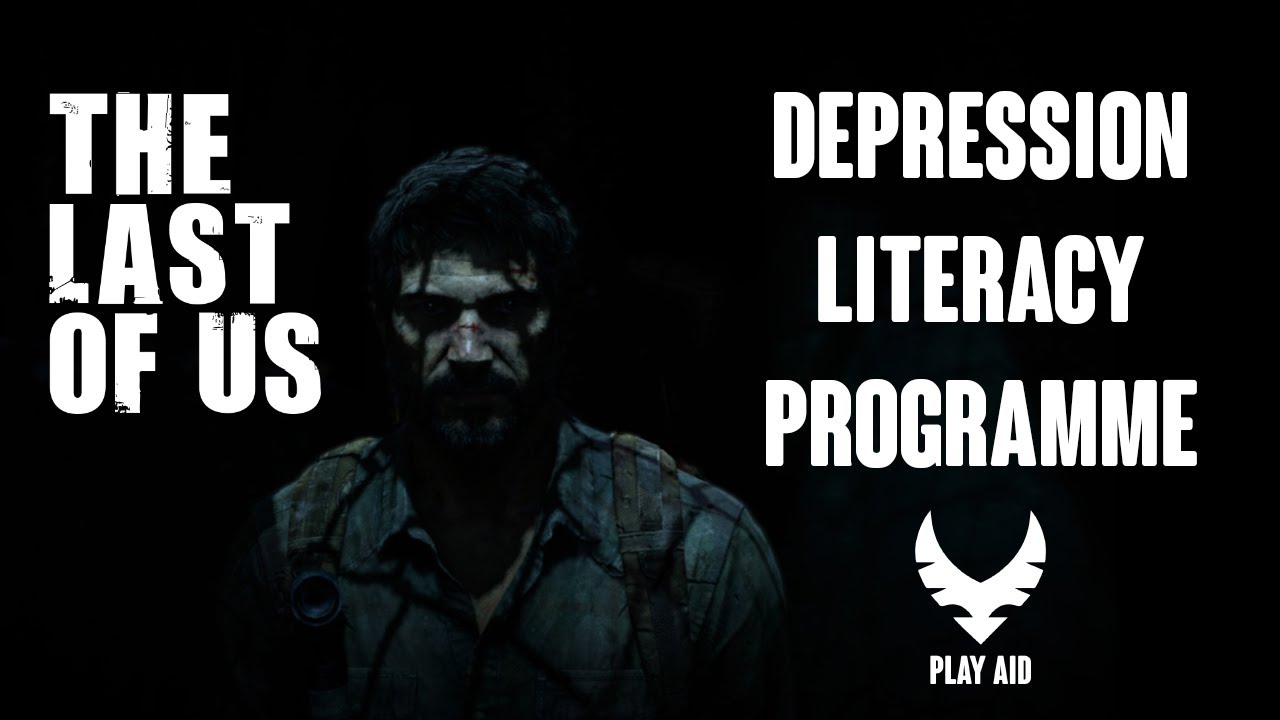 As previously mentioned, there’s something for everyone out there. Whatever you’re into or desire to play, there will be a platform that provides it. Start off with something simple that has a challenging but achievable learning curve, covering a topic or area you’re genuinely interested in. I would also recommend using a gamepad/controller if possible, generally it is easier to learn than using a keyboard and mouse, however you should go with what you’re comfortable with. Here are a few sub-genre recommendations that may peak your interest:

The benefits of gaming transcend beyond childhood and adolescents. By taking up gaming in whatever capacity you choose, it can facilitate relaxation, emotional regulation, positive escapism, and most importantly in this context, a way to bond and connect with your child.

To conclude, video games are now firmly entrenched into modern society. Just like everything, gaming can be a positive tool for promoting values such as teamwork, communication, perseverance, problem solving, and social connection. However, it can also be used negatively and to excess. Being contentious of your child’s relationship with gaming is of great importance. Conversely, playing games is a wonderful opportunity to share a bonding experience with your child, and also reap the numerous personal benefits of playing games. Starting a conversation with your children about gaming, covering the ‘what’ and ‘why’ factors that govern their passion for the hobby, is the perfect way to create a line of communication that could evolve into a shared recreational activity between you all.

If you’d like to discuss your child’s gaming habits with one of our psychological first aiders, we’re here to help. Visit www.gamersvsdepression.org for more information.